Toad Data Modeler notifies you about actions of other users done on your TIC server. These actions can be found in Notifications window.

Notifications windows displays the timestamp of recent actions, the object on which the action was applied and type of the action (event).

To acknowledge the changes, you can select any or all of the notifications and click Clear Selected or Clear All to remove them from the list. 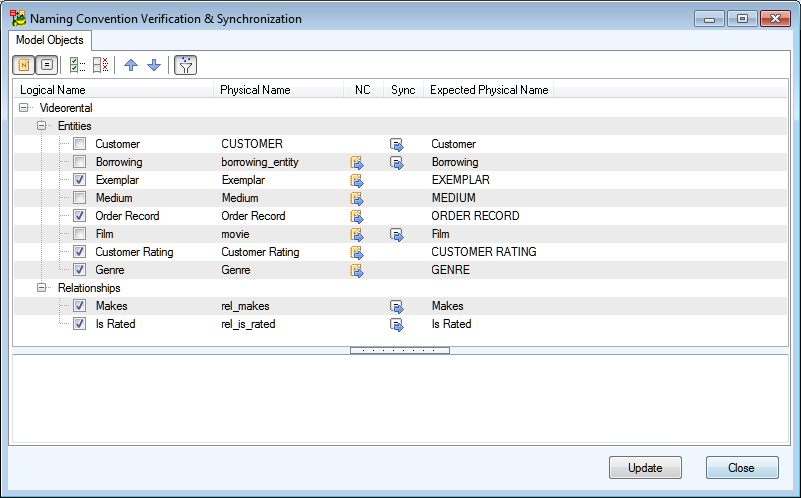