There are two types of foreign keys in Toad Data Modeler:

In Toad Data Modeler, information on foreign keys can be found in:

As soon as you create a new relationship, a new foreign key is added to the child entity automatically or existing attribute is mapped to primary key automatically. 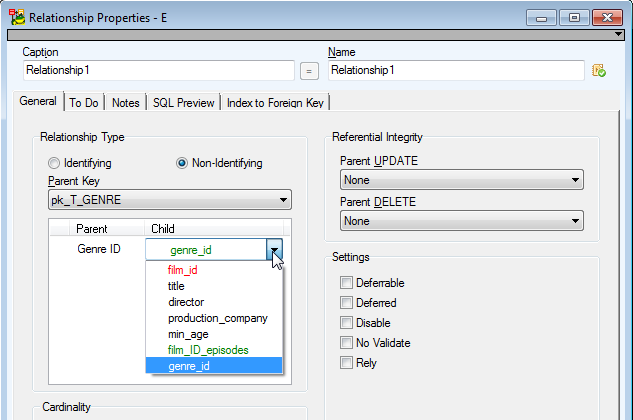 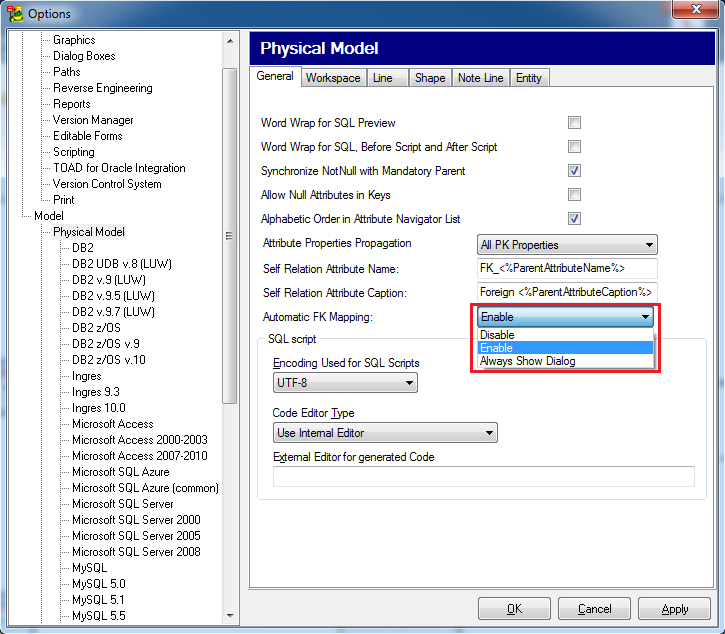 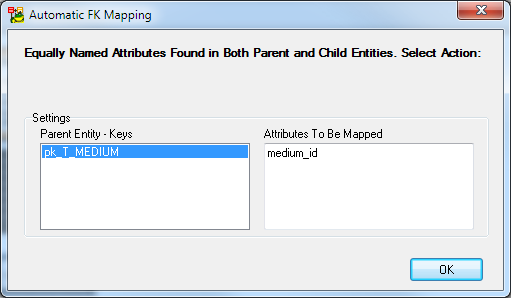 You can change the attribute name e. g. in the following cases: 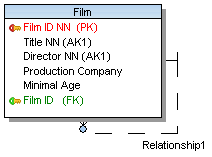 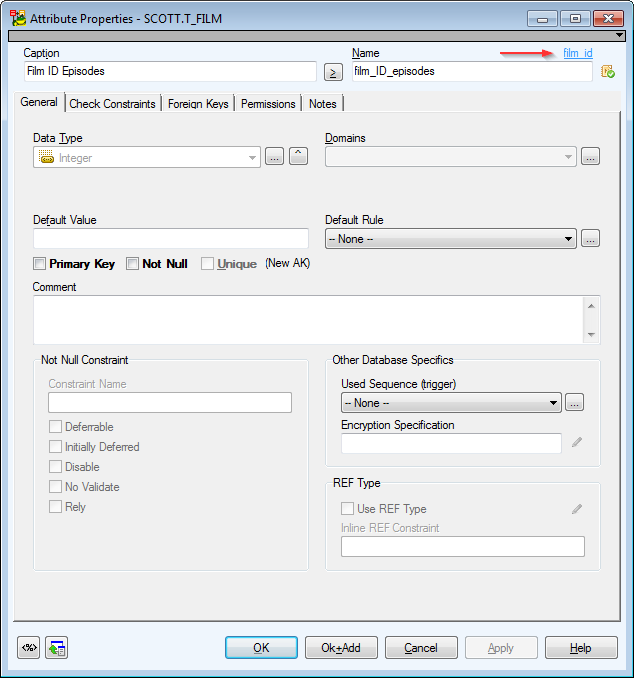 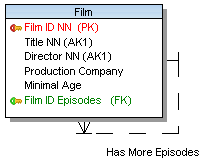 This chapter describes features and functions related to Physical Data Modeling. Look around each section to get the information you need.

Toad Data Modeler supports several database systems. As there are differences among databases, there are only applicable to specific databases.

Database platform and version specific information are listed in the respective topics in the Databases chapter.