The first step towards success on a project using Active Directory is to understand the product architecture and how this architecture will operate in your environment.

The directory synchronization engine, the web service, and the management interface will all access the same SQL database. In most scenarios, these components will be installed on the same system. In larger or more complex network environments, the components can be distributed across multiple systems.

To ensure that no firewall exceptions are required, the web service does not “call” the Devices to be migrated. Instead, the Active Directory Agents contact the web service at defined polling intervals, using standard HTTPS or HTTP requests to collect jobs. Jobs include key tasks such as system discovery, updating the operating system, file system, and user profile permissions, and migrating the computer to the new domain. 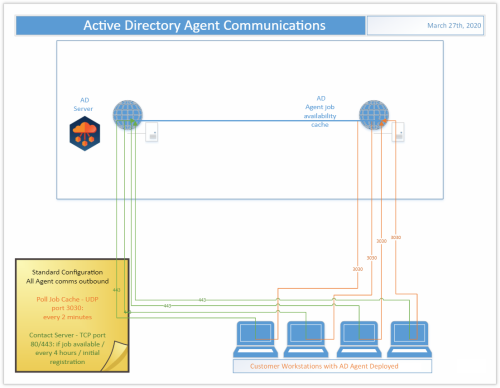 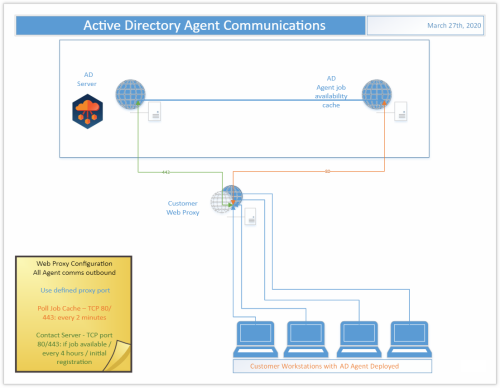 Note: Result codes are additive. There are likely multiple errors if the result code is not represented in the table.