DDL replication from source to target through an intermediary system is supported in accordance with the information found in the chapter of the Administration Guide, with the following exceptions:

Important! These instructions assume you have a full understanding of SharePlex configuration files. They use abbreviated representations of important syntax elements. For more information, see Configure data replication. 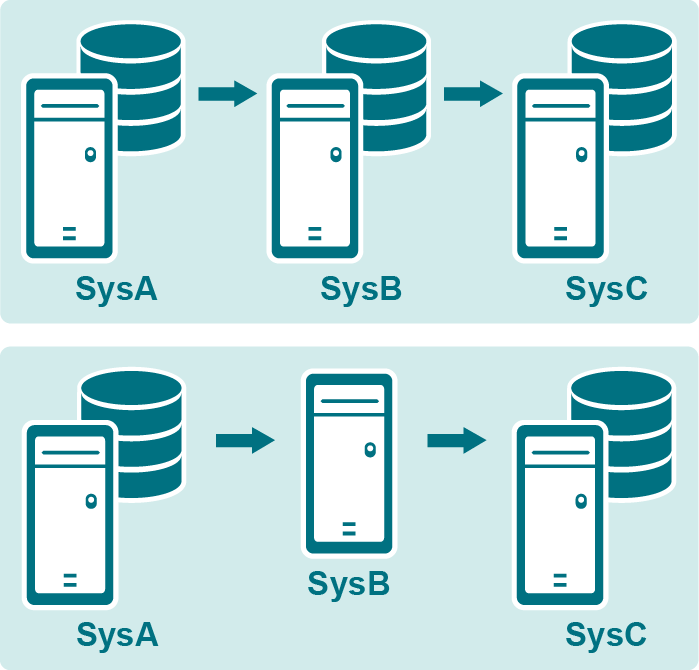