What Do The "Error Bars" Represent?

The "error bars" in the Resource Utilization bar chart in the What Database Resources Are Needed? page show the height of the Prediction Interval for each resource (CPU, Memory, and Disk I/O) at either a hypothetical load OR at a given time.

In a Predictive Diagnostics chart, the central prediction line is the line that best fits the raw data points (shown below as white). 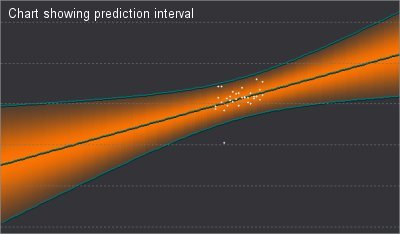 The second image superimposes part of the corresponding Resource Utilization bar chart, where the "error bar" represents the size of the prediction interval at the selected point. 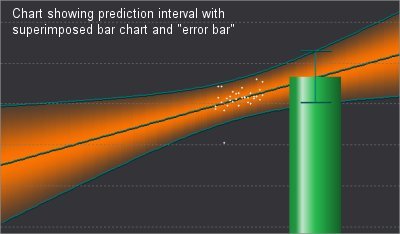 How Does Raw Data Vary In Resource utilization Charts; What Is The Uncertainty In Predicting Behavior?

You can investigate how the raw data can vary in a Resource Utilization chart by using the Information panel at the right of the What Database resources are needed? page.

How Can I Reduce The Size of The "Error Bars"?