Use the base object for this diagram as a filter at a lower level in the diagram query.

On each Association node there is a checkbox. When checked, the only object that will appear on the diagram at this level is the base object (if it is among the objects of this level).

In the following example, on the 3rd level (Transition State - Capability), if “Filter by Base Object” is checked, only the Capability for which this diagram is generated (Base Object) will appear. 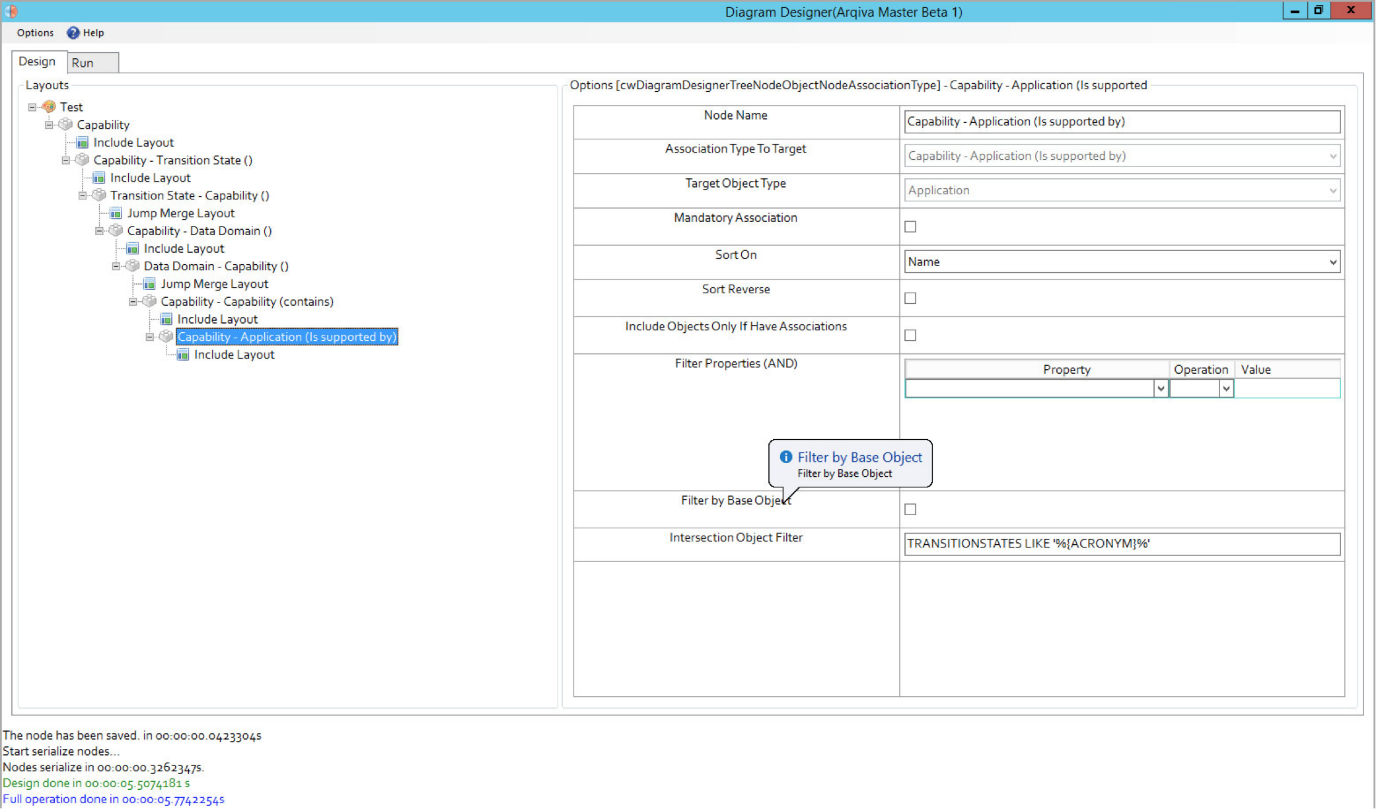 Filters are provided against the Intersection Object's property values.

The syntax of the filter is SQL-like.
As can be seen in the following examples (be aware of the spaces):

In the following example, on the last level, we show Applications that are associated to Capabilities and the Intersection Object’s property “TRANSITIONSTATES” (which is the property ScriptName) contains a specific string. The variable value used is taken from the first object of the branch (starting from the top of the diagram and moving down) that has the propertyname which is enclosed in curly braces (in this example, ACRONYM). In this case, the value is taken from the second level where we have the "Transition States" that have a property called “ACRONYM” (with values TS1, TS2 etc.). 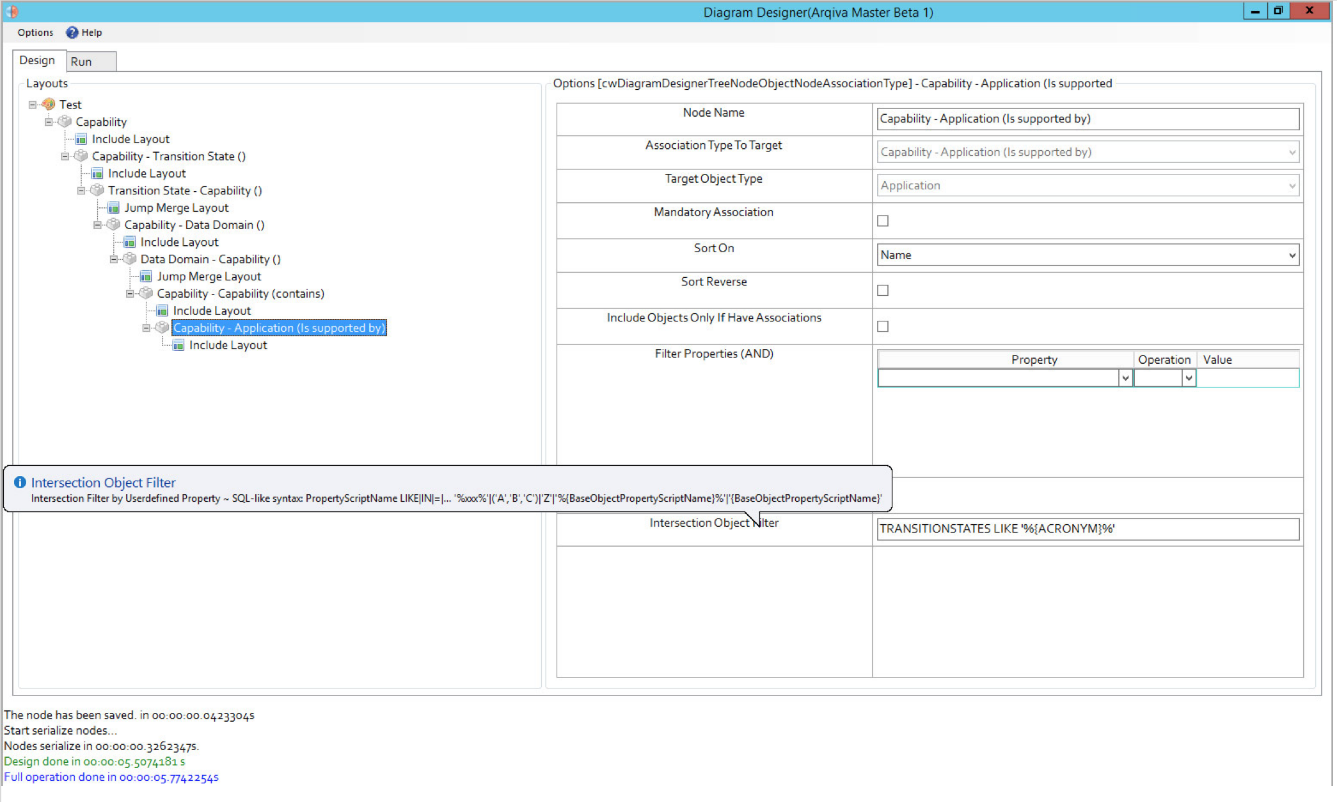