{Predict for:} / Sec Versus Time

To open the {Predict for:} / Sec Versus Time page

Cost per Second versus Time

Cost per Second versus Time shows how the cost rate of the SQL statement will change between now and the specified end-date. The Cost per Second value is calculated on the Cost Metric (for example, buffer gets) used for the projection. 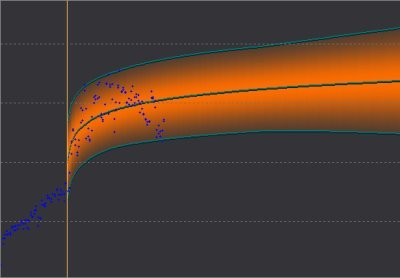 You can mark a trend change on the chart wherever you like, but the trend change is valid only in circumstances where it represents a REAL change in Oracle's handling of SQL statement executions, system bottlenecks, or database resources.

The Cost Summary for the SQL statement contains this information: