When you select the Synchronization node under the domain pair in the migration project tree, you can see synchronization state, progress, and statistics for the selected pair of domains on the screen in the right-hand pane.

The following information is provided on the Synchronization Statistics screen:

Synchronized objects—Displays the number of object pairs that were matched and synchronized.

Directory errors—Shows the number of errors that occurred during synchronization, such as connection errors, invalid credentials errors, and server unavailability errors. Click View next to the counter to see the list of errors.

You also can view the queues of conflicts found during synchronization, failed objects, and unresolved objects. Click the corresponding View link for detailed information.

Failed objects—This queue contains issues that occurred to the synchronized objects and their attributes, such as if an object could not be created due to insufficient rights.

Unresolved objects—All unresolved linked attributes, such as unresolved membership, are put in this queue.

Name—The name of the server running the agent.

Last operation—The last operation description the agent was instructed to perform (such as start or stop).

Migration Manager for Active Directory supports migration scenarios where Microsoft Lync Server is installed in either source or target domain and you want to provide users access to existing Lync infrastructure.

Before implementing any of the below scenarios, check the following pre-requisites:

If you use Lync Server in the source domain for communicating, users can still communicate with other users through that Lync Server even after they are migrated to the target domain. 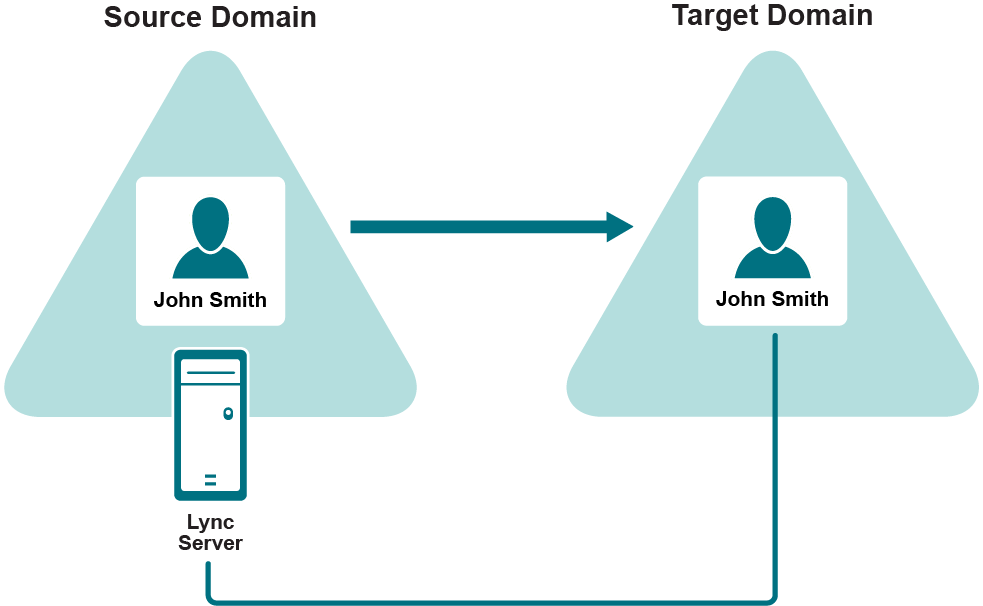 To achieve that, when configuring migration session or directory synchronization job, change settings in the wizard as follows:

After migration session or initial synchronization completes, migrated user may log on to his or her target account and start communicating with other users through the source Lync Server.

If you have Lync Server deployed in the target domain, you may want to provide users that have been previously migrated ability to communicate with other users through that Lync Server. 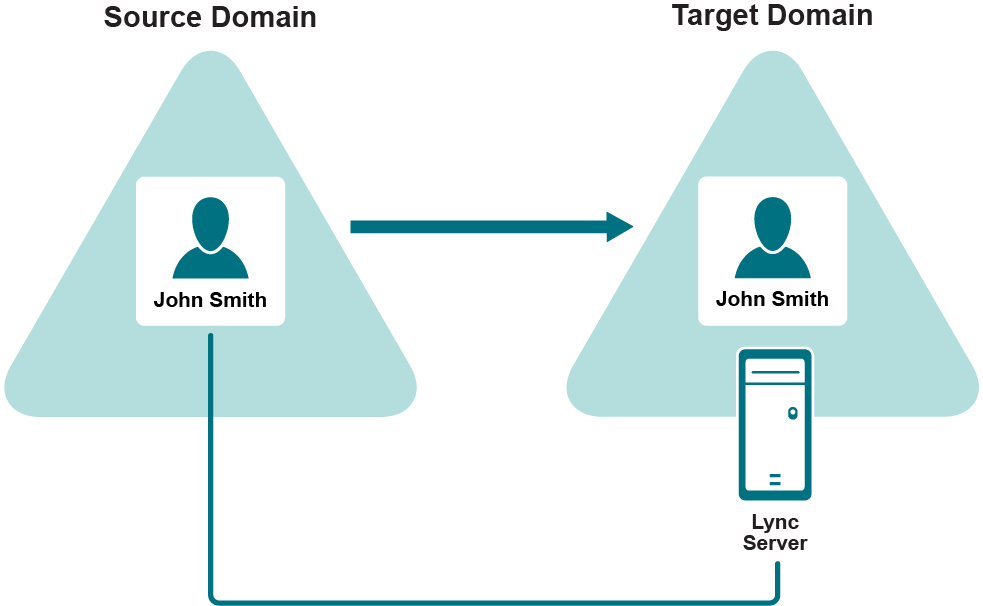 For that you need to take the following steps:

After migration session completes, migrated user may log on to the source account and start communicating with other users through the target Lync Server.

Both methods have their own benefits and require different permissions and preparation steps.

The easiest adding method that requires no preparation steps or special configuration. SIDHistory Agent is automatically installed on the target domain controller and then controlled by the Directory Synchronization Agent.

This method requires the following:

This adding method doesn’t require an agent to be installed on the domain controller and doesn’t require target DSA account to be a member of the Administrators group in the target domain. SID history is added with native DsAddSidHistory function.

This method requires the following:

Configuring the environment for agentless adding:

The agentless SID history adding is manually enabled for the project with UseAgentlessSIDHistoryMigration.ps1 script provided on the Migration Manager for Active Directory installation disk. Open 32-bit (x86) version of the PowerShell prompt on the computer where Migration Manager is installed and execute the following commands:

To revert to SIDHistory Agent, execute the following command: