The Quest® Rapid Recovery team works diligently to respond to customer feedback and make continual improvements to the product. With that goal in mind, the following changes have been implemented for release 6.3 related to Command Line Management utility (cmdutil.exe), Rapid Recovery PowerShell module, and sample scripts.

New in this release

The following Rapid Recovery Command Line Management utility (cmdutil) commands have been added to this release:

The following Rapid Recovery PowerShell module cmdlets have been added to this release:

Updated in this release

The following changes have been made to this document:

Deprecated in this release

The following information is deprecated.

No longer included in this release 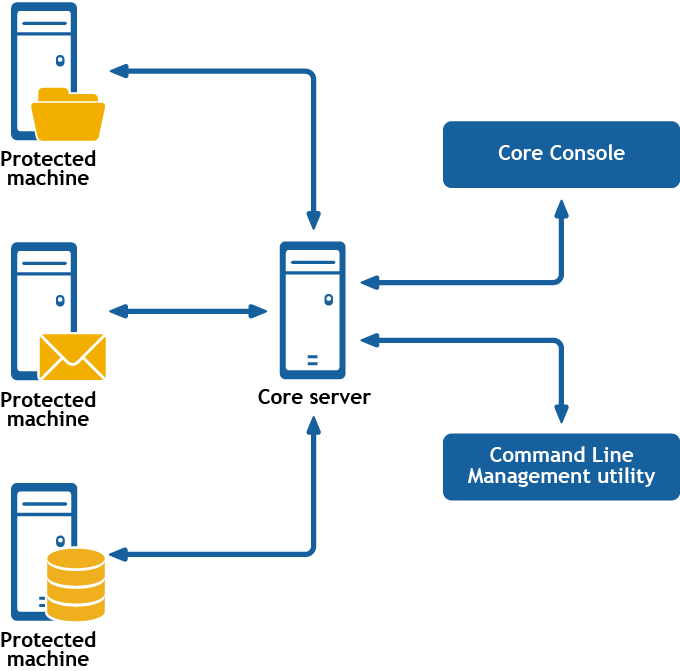 How to run a cmdutil command

Each command includes examples to model the syntax. In these examples, the command prompt is designated by the right angle bracket, >. Thus, command structure is as follows:

To open an existing DVM repository on the local machine, type the following command and press [Enter]:

To create a new account in the Credentials Vault, type the following command and press [Enter]:

This section describes the commands and options available for the Rapid Recovery Command Line Management utility.

The addencryptionkeytoprotectedmachine command lets you apply an existing encryption key to a machine that the Core is protecting.

The usage for the command is as follows:

The following table describes the options available for the addencryptionkeytoprotectedmachine command:

Apply an existing encryption key to a protected machine. If you want to disassociate the key from the protected machine, then select <none> or specify the <none> value for the -keyname option: