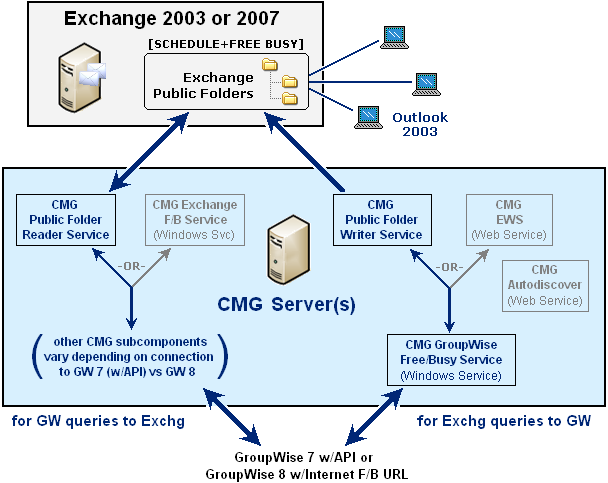 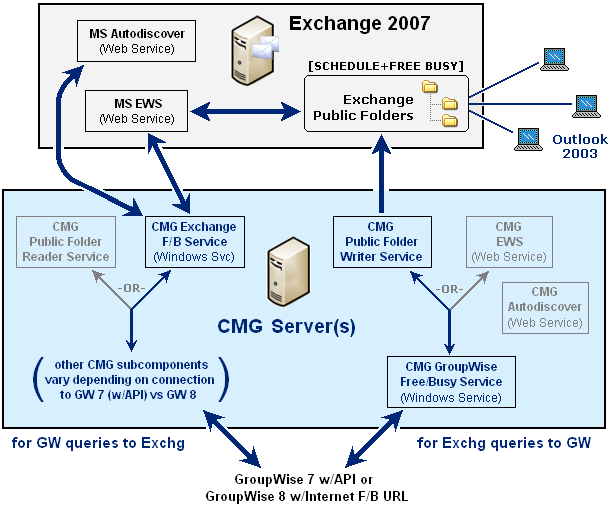 If you prefer that all subcomponents reside on a single server, simply combine the components of CMG Server 1 and CMG Server 2 as they are listed in step 1 above. All CMG Free/Busy Connector subcomponents are installed by the AutoRun utility included in the CMG product kit.